The dollar surged to a fresh two decade high against the Euro in yesterday’s trading session after the US Federal Reserve delivered another bumper rate hike and signaled further rate increases are coming at its upcoming meetings.

The Fed’s decision to hike interest rates by 75 basis points was widely expected by the market and it was probably lucky for the European currency that the US Central bank didn’t hike rates by 100 basis points as some had been predicting or the damage would have been much worse.

Market participants now see rates rising to 4.4% by the end of the year, before peaking out at 4.6% in 2023 to curb high inflation figures which are running at their highest level in over 40 years and are beginning to take their toll on the US economy.

Fed Chair Jerome Powell, in his press conference after the rate decision noted that there is no easy way to bring inflation down, reiterating that he wants to act aggressively now even though higher rates are likely to result in slower growth and higher unemployment.

"I think markets were still hoping the Fed would show some sign of halting the rate hikes at some point, but there was no sign of it," said Nomura strategist Naka Matsuzawa in Tokyo.

"We expect the U.S. dollar to remain firm in the short run but we remain reluctant to factor in additional, sustained U.S. dollar gains from here and we think it would be complacent to dismiss out of hand downside risks here," said Shaun Osborne, chief FX strategist, at Scotiabank in Toronto.

The Euro also suffered after Russian President Vladimir Putin announced a mobilization of reserve forces and 300,000 members of the Russian population will have to be called to serve in Ukraine to try and stopped the carnage that Ukraine is inflicting on their army. 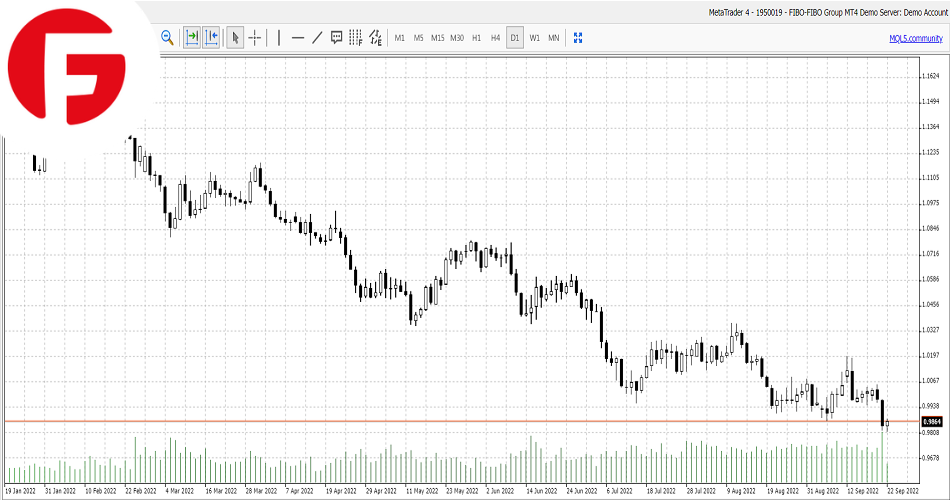 Looking further ahead today, the main drivers of the EUR/USD currency pair will be the release of the initial jobless claims figure from the US which is a key indicator on the state of the American jobs market.

Market participants will also be keeping an eye on any further tensions that develop between Russia and Ukraine and especially the rhetoric from the Russian side about the use of nuclear weapons.